The National Weather Service has announced a major winter storm will continue with heavy snow and strong winds today from the Central Appalachians into Upstate New York and the higher elevations of New England with dangerous travel, power outages, and coast flooding. Strong winds are expected behind the storm as far as south as Georgia which could lead to additional power outages and tree damage, especially in areas with significant ice. 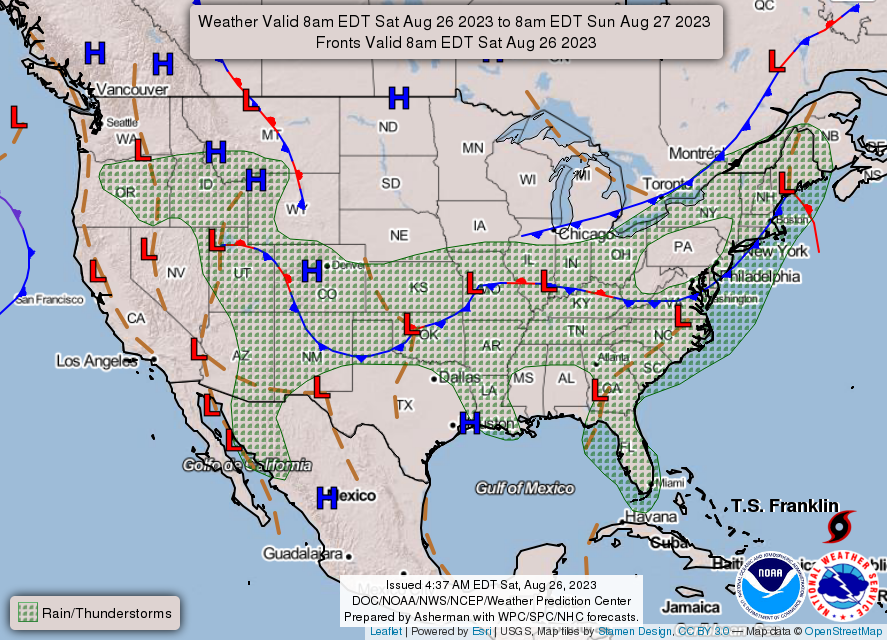 The National Weather Service has announced a winter storm will bring heavy, accumulating snow which may be combined with gusty winds to produce hazardous travel across parts of the Northern Plains and Upper Midwest into the Mid-Mississippi Valley through Saturday morning. This storm will spread wintry precipitation from the Southeast into the Northeast U.S. this weekend into early next week.

The National Weather Service has announced a winter storm is expected to bring heavy snow and gusty winds to the Northern Plains into the Upper and Mid-Mississippi Valley that may cause some hazardous travel beginning Thursday night through Friday night.

The winter storm system is expected to impact the Mid-South, Southeast, and East Coast this weekend.